White space is also called neutral space and is considered to be as important as the words, pictures and objects it surrounds. It doesn’t necessarily need to be white.

Neutral space helps us make sense of what we are looking at. Imagine going into a room and seeing every wall covered with information, photos and messages. You would probably feel a bit overwhelmed. Your eyes would need to scan back and forth while you try and make sense of all the data and work out what the most important information is.

Way back in the 1950s there was a whole movement of type designers who thought that simple, uncluttered lettering was preferable to the ornate curliness of the 1920s and 30s. This was known as the Swiss Style and is typified by a very clean and uncluttered look. The catch phrase of the time was ‘less is more’.

Critics of this approach subsequently stated that ‘less was a bore’. 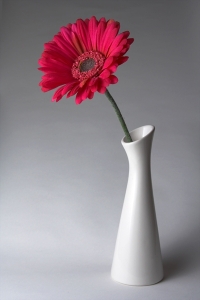 So how do you achieve simplicity without oversimplifying your ideas?