A few years ago, I went to Melbourne to visit my daughter and even though I’d been warned that Melbourne is colder than Sydney; I didn’t take enough warm clothes with me. My daughter had a gas fire, so it was lovely and cosy in her unit, but every time we ventured outside the biting wind tore through my flimsy coat and made my teeth chatter, so we took ourselves off to a thrift shop to see if I could find a warm cardigan.

The shop was in a giant warehouse; the clothes arranged by colour and then size. I saw a young woman pushing a supermarket trolley heaped with crocheted garments. She was wearing one of those string vests and wearing sandals, despite the chilly weather.

I wondered how she was going to get all her purchases home and what she was going to do with all those woolly garments once she got there. I must have made a comment about this because she started chatting to me about how much she loved retro clothes and how she couldn’t stop buying them. She said that she would love to learn to crochet, and I said that she needed to find a granny to teach her. “That’s why I’m asking you”, she said. I was very surprised because I was only in my late fifties at the time and didn’t consider myself to be anywhere near old, despite my greying hair.

I explained I didn’t live locally, so I couldn’t give her lessons. I didn’t tell her that my skills were rudimentary and that I could only do the most basic stitches. I was still reeling from being mistaken for an old lady and she clearly thought that all ‘old people’ could knit, sew, and crochet.

In years gone by, this would have been true. My grandmother used to say that her key skills were talking and handiwork. She was a brilliant talker, but an even better knitter in her day. She was one of those women who could watch television, knit, and eat Cadbury’s Milk Chocolate all at the same time. She would glance down at her knitting occasionally if she was casting on or off or working on an armhole, but mostly she could easily handle doing three things at the same time. She only ever watched the ABC and refused to switch over to the commercial channels. It was as if they didn’t exist.

She had a stroke when she was in her seventies and for a long while she couldn’t talk and was paralysed down one side. At first she didn’t recognise anyone except my stepfather, whom she had always disliked, mainly because she thought he wasn’t as good as my father, who had died several years earlier. My stepfather went to see her in the hospital every day after work and helped her to learn to talk again. She changed her mind about him after that.

When she had her stroke, she forgot how to knit and never regained those skills. Someone taught her how to crochet and she spent the next few years making those striped blankets that old people use as knee rugs. She made them from leftover balls of wool in colours that didn’t always match, but it gave her something to do with her hands.

I didn’t inherit any handicraft skills from my grandmother. I start off projects with good intentions but sometimes lose interest when things aren’t turning out the way I want them to. I’m a terribly slow knitter and have only ever finished one garment, a vest I knitted secretly for my husband during my lunch breaks. I made a smocked dress for my goddaughter when she was a toddler, but it took me about a year to finish that as well.

I’ve been trying to persuade my eldest daughter to teach herself to crochet. I think it would be good for her to do something that doesn’t involve looking at a screen, but I know that learning a new skill is hard when you are on your own. You really need someone around who can help you when you drop a stitch or get muddled. I pointed her towards some YouTube videos, which have simple explanations, and sent her a ball of practice wool and a crochet hook in case she gets the urge, but I know it’s hard to get motivated on your own. Like quilting, knitting and crochet are pastimes that are often enjoyed with other people, especially when you are a beginner.

There’s been a world-wide resurgence of old-fashioned handicrafts over the last few years. Making something with your hands is fun and the repetitive nature of knitting, sewing or needlework is meditative and soothing. It doesn’t stop you thinking, but it gives you something to focus on, which often helps. Plus, producing something tangible is rewarding. So much or our work these days is intangible. It lives on a screen, and we have little to show for our efforts at the end of the day. I think that’s one reason writers are so excited when they publish a book. It’s something you can hold in your hands and say, I made this.

I’ve yet to get my crochet hook out, although I’m tempted to make something simple. A doll’s blanket or perhaps a knee rug for when I eventually turn into an old lady.

I’m still wearing the nice brown cardigan with the big buttons that I bought for three dollars at the thrift shop in Melbourne. 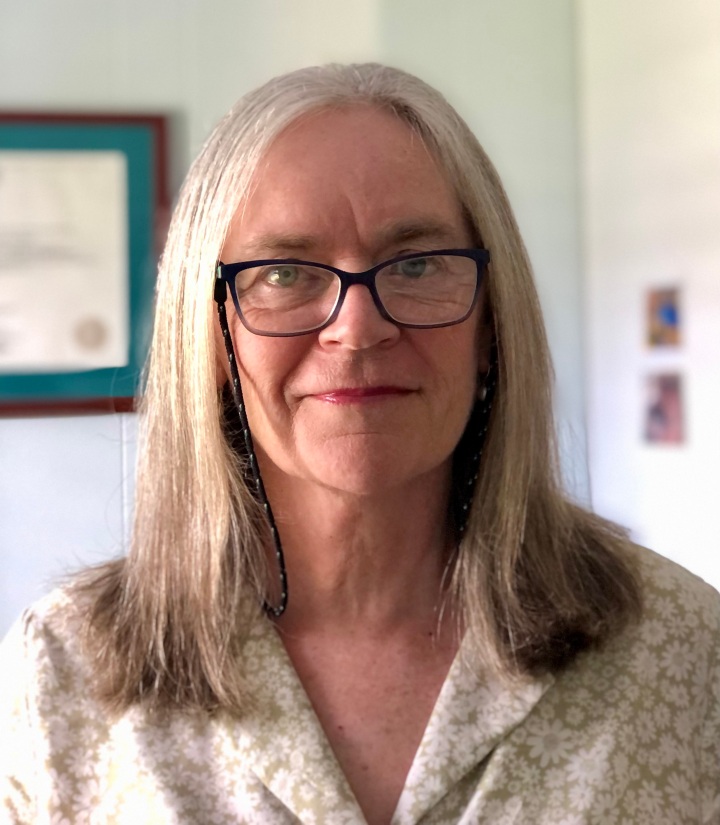