We are still travelling around New Zealand and in the last few days we stayed in a lovely seaside town called Napier. Unfortunately the weather while we were there was really dreadful. The sea, normally a brilliant blue, was brown and muddy looking. It had a wild and primal look which totally suited the photos we saw in the wonderful museum and library which told the story of the town’s destruction and subsequent rebuilding in the early 1930s.

The town of Napier was almost totally destroyed in an earthquake and the people who survived the event were left with only the clothes they were wearing. The earthquake was followed by a tsunami which only added to the death toll as many people had gone to the beachfront thinking that they would be safe there.

In the aftermath, a decision was taken to completely rebuild the town in the Art Deco style which was popular at the time. As a result there are many beautiful buildings and the Art Deco theme is repeated everywhere, including the street signs. In the museum we also enjoyed a lovely exhibition of teapots and cups, many of which reinforced the Art Deco theme. 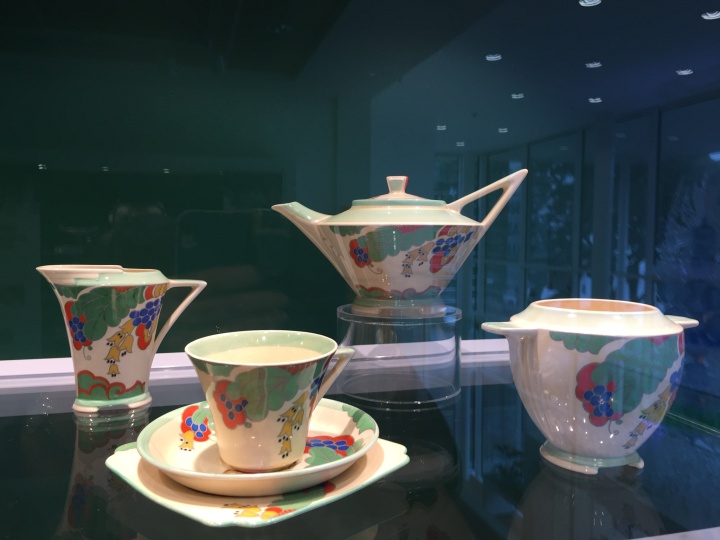